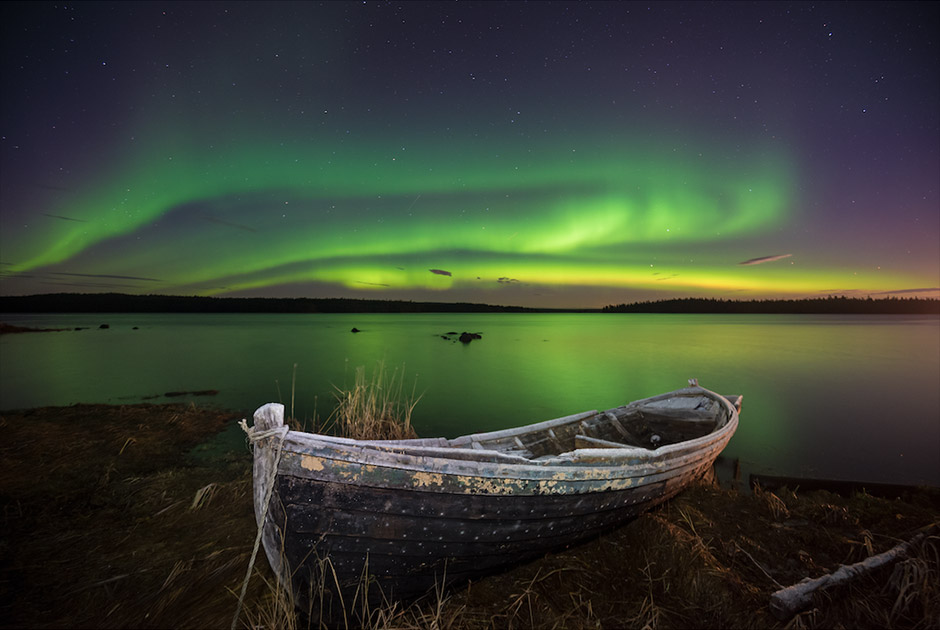 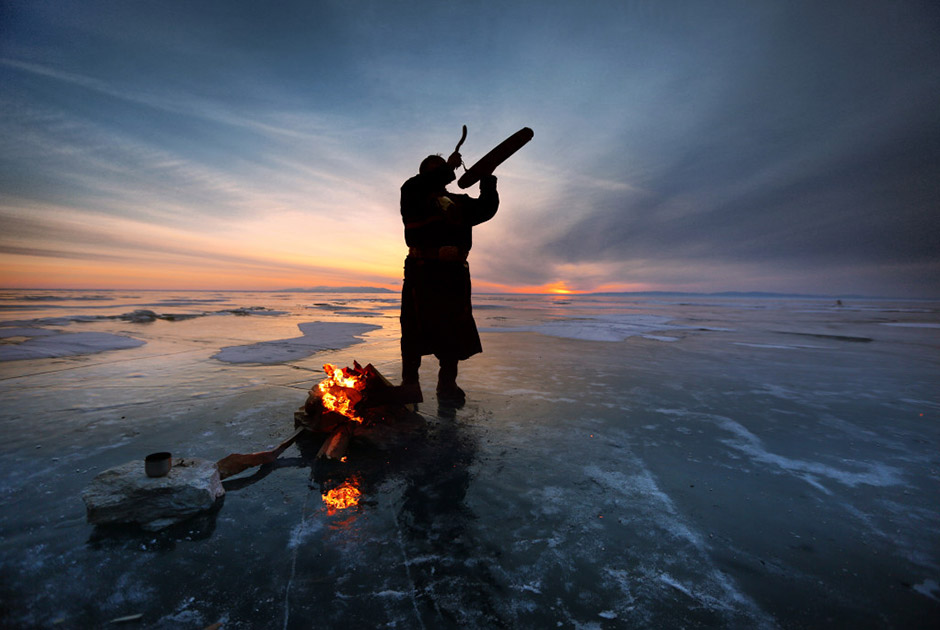 Baikal. Dawn. On the ice of Lake Baikal, not far from the sacred mountain Jima  that is located on Olkhon island a shaman conducts ritual offerings to the spirits. He made a fire right on the ice and rhythmically beats a tambourine. He asks nothing from the spirits – no health, no harvest, no money -he just shows the spirits a sign of respect. Baikal is really one of the most awesome places in Russia. 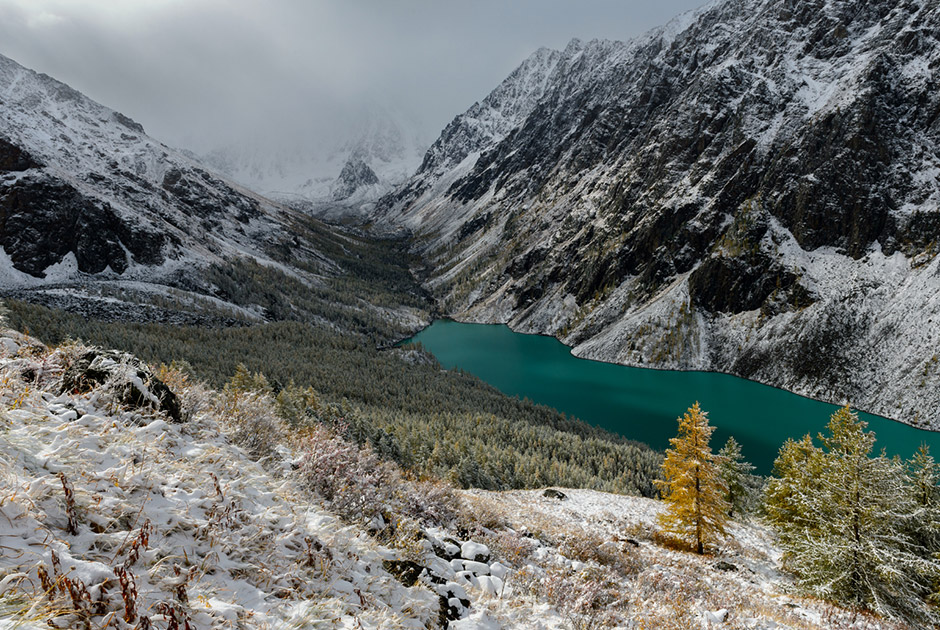 Altai, Lower Shavlinsky lake. People come to Altai from all over the world for the magic energy of the mountains. Even famous Roerich said that this place is full of clean energy. But it is difficult  to get to the desired location. You need to be patient to visit awesome places in Russia. Thus the high mountain ranges of the Altai hides Shavlinsky emerald lakes. Among the chaotic piles of rocks the highest ones have a lyrical names: Dream, Tale and Beauty. The most spectacular paints can catch at the fall, when the coniferous forest begins to change color, and is covered by the first snow. I was lucky enough to be here at this time.

The calmness of the night (Sheregesh, Kemerovo region) 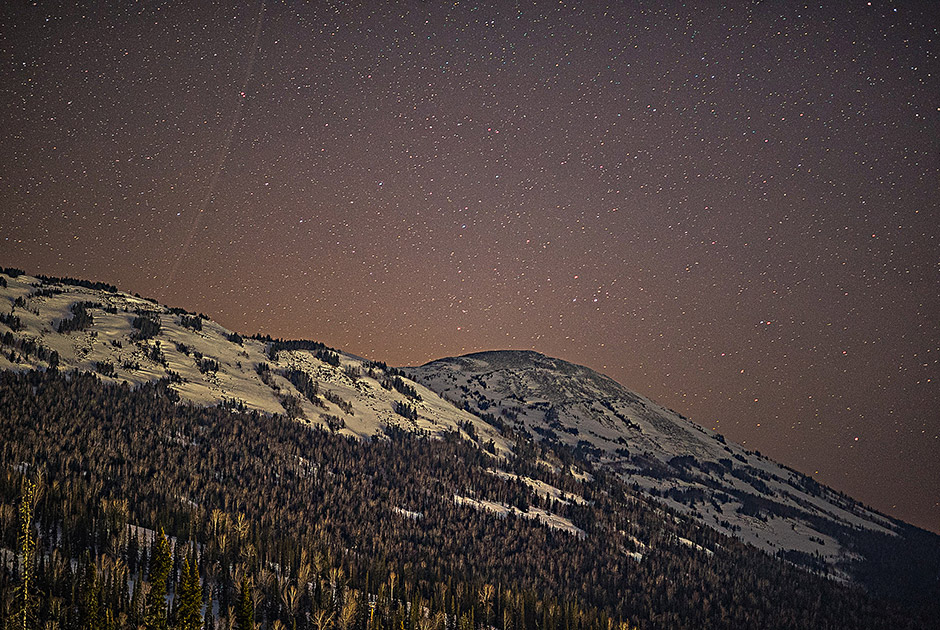 Night Sheregesh is beautiful and calm. Everything is calm and unhurried. Even the snow is not in a hurry: he carefully hides trees and hillsides to make a perfect freeride for early morning skiers and snowboarders. Many stars look from the top of the sky and keep silence. Awesome places in Russia isn’t it? 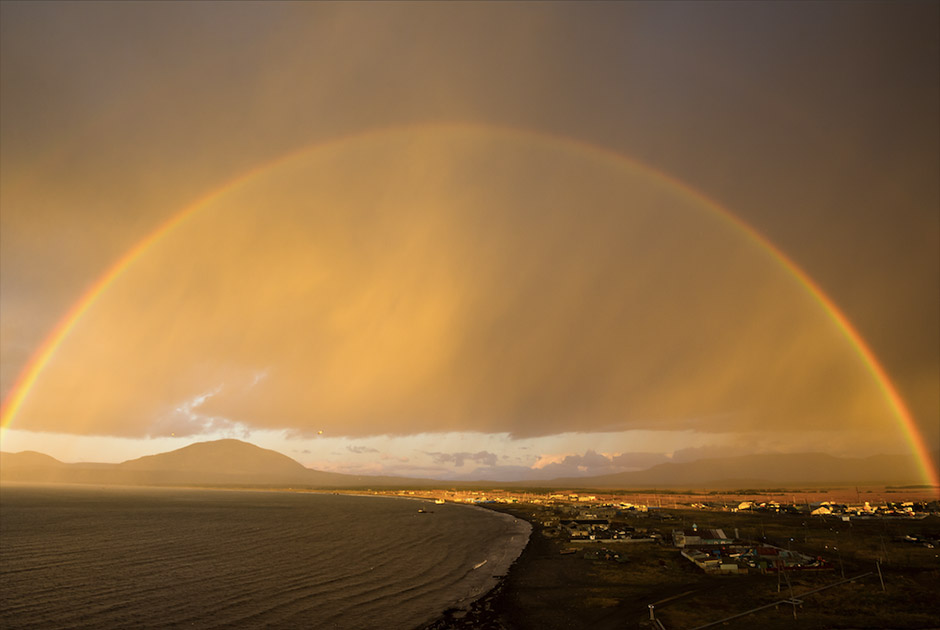 Kunashir Island. We look at the bay and see the rainbow. It stretched from end to end for kilometers. Here it is, a parting gift to travelers: Nature smiles – come again!

The path begins with the first step (Republic of Tuva) 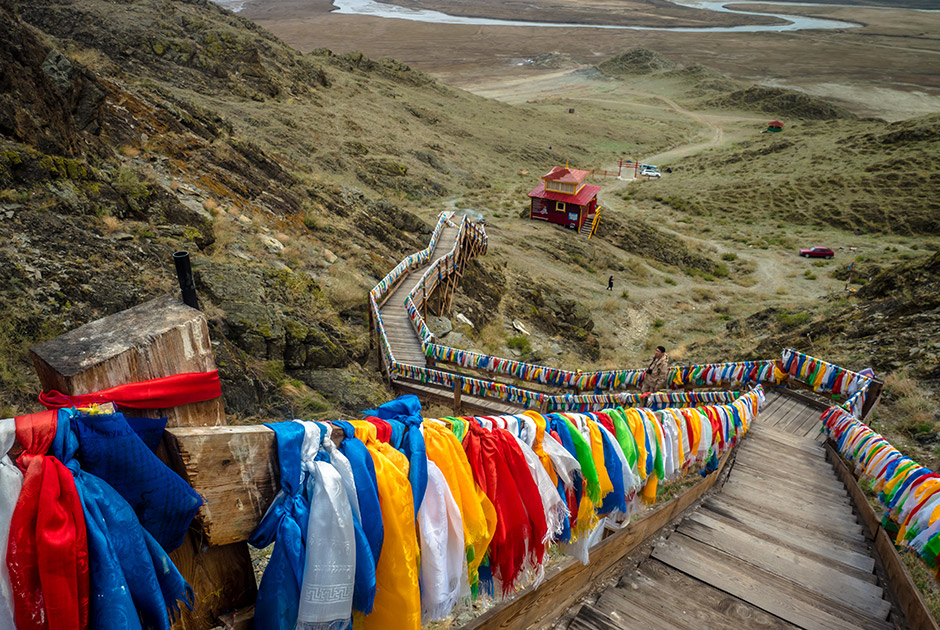 Chaa-Khol district of Tuva. Buddhist temple with an ancient Buddha image is located on the shores of Shagonarskoe lake high in the mountains – 99 meters above the water level. This is a copy of the Buddhist niche, the original of which is flooded every year during the filling of the Sayano-Shushenskoye reservoir. Age of the original niche is greater than millennium and dates from about VII-VIII centuries. Tuva Buddhists after filling the reservoir could contemplate this shrine only three months a year – from April to the end of June, when the water receded. The world knows only three such giant statues: the first – a giant statue of Buddha in Afghanistan, destroyed by the Taliban, the second is carved in the mountains of Tibet, and the third – in Chaa-Khol district.

A volcano and a hat (Kamchatka) 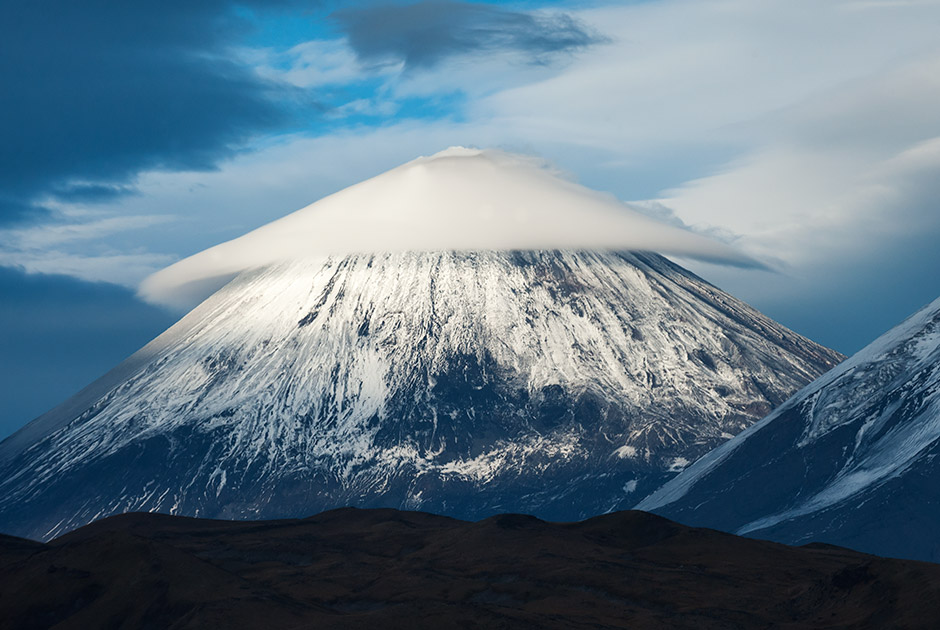 Kamchatka is really one of the most awesome places in Russia. Cloud sat down like a hat at the Kluchevskoy volcano. The hat was a volcano just right and looked like an Asian one. Such hats in East Asia are made of palm leaves and popular in China and Vietnam. The highest volcano in Eurasia in that hat looked even more proud than usual, and has no plan to erupt.