Despite the fact that Golden Ring is well-known russian brend its origins is still badly discovered.

The invention of the “Golden Ring”, the main tourist brand of the USSR and Russia – a phenomenon in the history of the Country and the only episode in the life of Yuri Aleksandrovich Bychkov. Art critic, writer, co-creator of the All-Russian Protection of Monuments of History and Culture Society for , until recently – director of the Chekhov Museum “Melikhovo”.

Yuri Bychkov, “father” of the Golden Ring: author of idea and title.
Photo by: Eugene Ptushko

The majority of foreigners and, unfortunately, Russian still thinking that the name “Golden Ring” comes from the ancient times and already exists for hundreds of years. The Golden Ring history starts from Yuri Aleksandrovich Bychkov trip in 1967.

The newspaper “Soviet Culture”, where Bychkov was working that time, sent him to Suzdal, to write an essay about development of tourism. Bychkov got to Suzdal on his private car “Moskvich”. Soon he collect material and went for a walk around the city.

– I passed along the St. Euthymius Monastery, skirted it, and in front of me there was a field with lonely pointer to Ivanovo. I returned to my car, took the road atlas of the USSR and drew a route to Kostroma. Then I decided that returning to Moscow by the same road is boring and decided to take my way to the Yaroslavl highway. And suddenly my imagination drew a route… 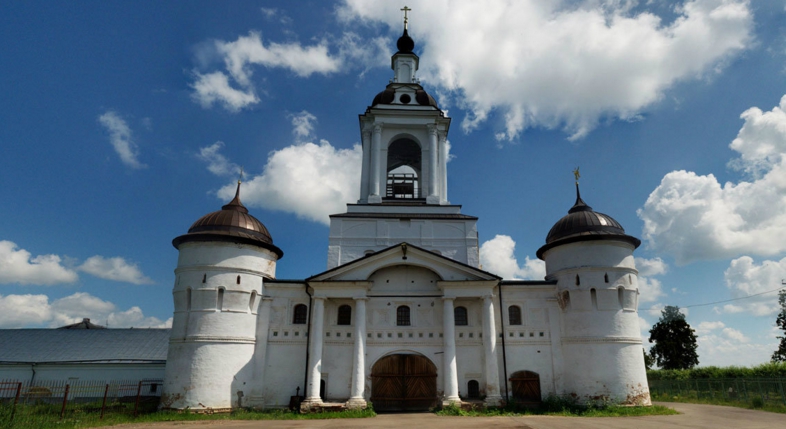 The route in the Bychkov head formed a closed ring. All transfers are a daily pathway of the driver, which is very convenient. In addition, the ring encompassed the entire historical Vladimir Rus. This conjecture is important – thousands of people have studied the history of the Vladimir principality, but until Bychkov no one guessed to tie together 8 cities and 5 provinces.

After returning from the trip Bychkov began to write an essay about every city from his jorney. Eight cities – eight materials. But then he brought the material to editor, the editor asked him to provide a general name for his essay. On the next day he was walking in the city and thinking about the name for his essay. He passed through the Red Square and was standing on a large stone bridge. During that day a fine rain was running and the domes of the Ivan the Great Cathedral were like smeared with golden butter. And soon a common header comes to his mind – “Golden Ring”.