Russian village – the reverse side of Russian identity. Russian village shows the roots of the people, the reasons for his behavior. Russian village – is the embodiment of Russian mother. Fortunately, the dynamics of impoverishment and the impoverishment of the people in the Russian village comes to naught and all is large in the number of people moving from the city to the countryside. But how does it look like? Why more and more people leave the city and settle in villages, 1,000 km from the nearest town? Maybe people are very tired of the city. From its constant noise, traffic jams, gloomy persons and dirty air.

Or maybe these people took to the path of the search of their historical identity and finally found her? Maybe they thought they could teach their children better than high school and university, maybe they realized that their moral principles do not allow to continue to live in civilization.
A striking example of such village is the Russian Karelian village Kinerma. A small village where it is constantly live only five people, located 105 kilometers from Petrozavodsk, and a thousand kilometers from Moscow. Real life stopped here many years ago.
The following photos show the life of the village.

Photo by I. Georgievski

First documents about Kinerma was published in 1563. Today 16 houses are preserved in the village, six of which are considered to be a historic monuments.

During the warmer months Kinerma population increases up to 22 people: come those people who prefer quiet and measured life in the village instead of life in the city. 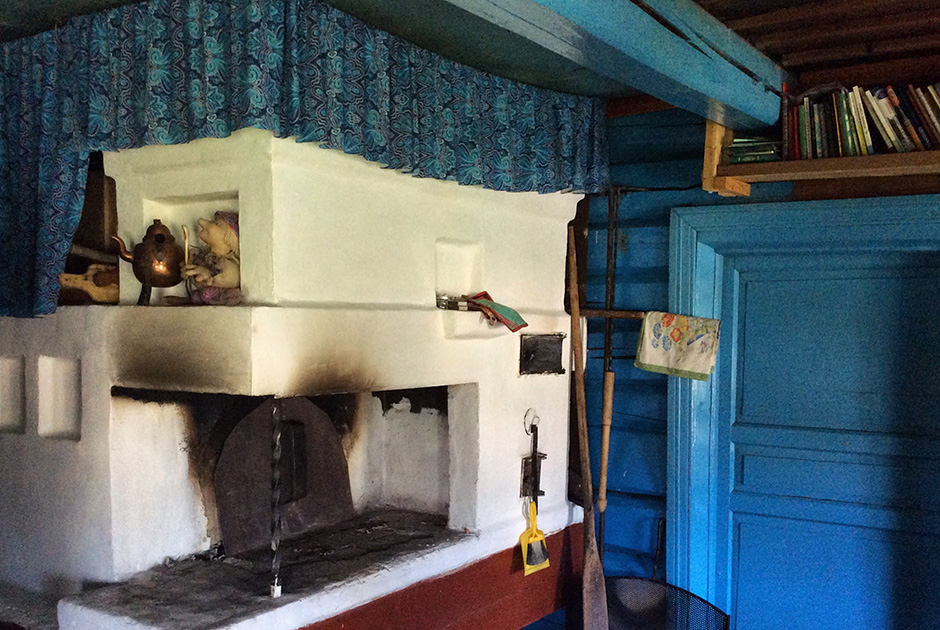 Today Kinerma lives primarily by  tourism. The revival of the village began in the 2000s after the establishment Kinnermäen ystävät Fund (“Kinerma Friends”). It was founded by neighbors from Finland, they also helped with the restoration of buildings, the creation of a museum and many others.

Now the village at the same time can take several dozens of tourists. The cost of living is 2.5 thousand rubles per person. This amount is included and all meals. The meals are prepeared by Kinerma village keeper Nadezhda Kalmikova.

Despite the fact that the local doing their best to keep the authenticity of the village, the people are trying to create all possible conditions  for tourists. In the guest house, where the village and the museum, a modern bathroom and shower were constructed. Tourists can feel the rustic romance and spend the evening in the on-black bath (banja po chernomu).

Nadezhda Kalmikova with her husband and two sons moved to the village from the capital of Karelia, Petrozavodsk 10 years ago. A typical city dweller, Nadezhda says that she is “the representative of generation that are detached from the village” – she knews that it is better to bring up children in the village than in the city.
Today, her 13-year-old son Ivan does not want to leave the village, he prefers hiking to fishing instead of Internet, but it is recognized that still sometimes likes to play with his brother in the Fifa on the console.

In addition to receiving tourists Kalmykova family is engaged in agriculture. To live in the village and eat foods from the store is impossible.

If you want to see the real Russian village, Tours around Russia could provide you this opportunity!

Contact us and we will arrange a personal tour for you!