Almost at the very south of Kamchatka near the Kuril Lake there is an interesting geological attraction with an unusual name “Kuthiny bahty.” This strange name comes from the mythology of the Itelmen, one of the indigenous Kamchatka peoples, and the emergence of the fire-breathing nature of the Kamchatka land. 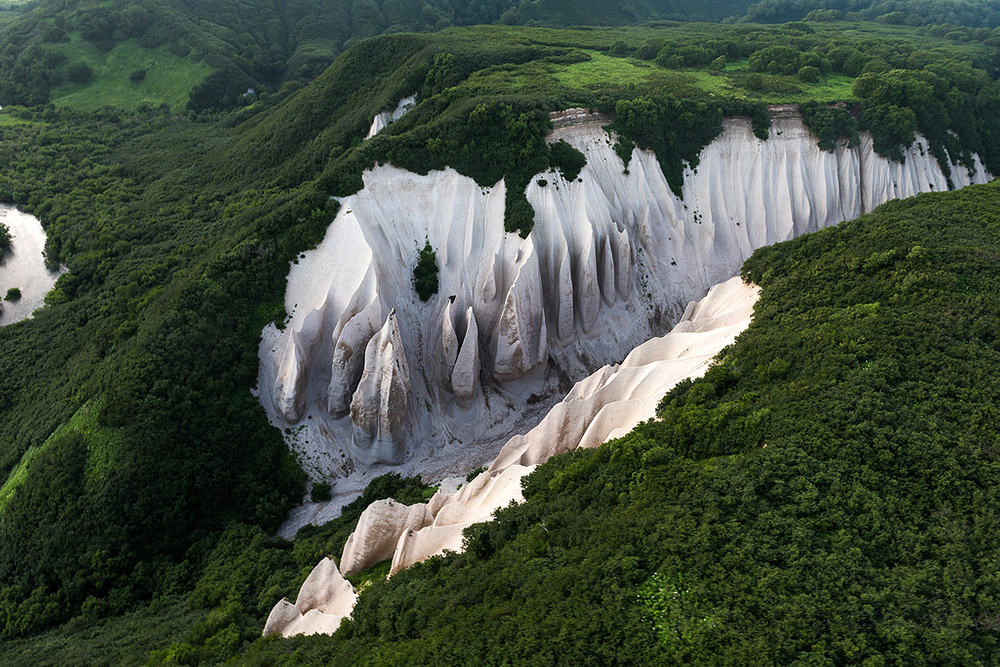 As far as it known Kamchatka is land of volcanoes. There are hundreds of them, including the largest active volcano in Eurasia Kluchevskoy volcano. As a consequence you could find  traces of volcanic activity almost everywhere: hot springs and geysers, calderas and smoking fumaroles, crater lakes and volcanic rock deposits. The latter includes Kuthiny bahty. So what is our travel advice Russia?

Kuthiny bahty is an outcrop of light pumice, located four kilometers from the Kurile Lake. Here in the basin of the Ozernaya river a natural streams, rainwater and wind cut through the rocks, turning it into a small gorge. Its walls are fancifully dissected by pointed pillars, similar to the traditional Itelmen boats billed from the whole trunk of poplar.

Due to similarity of the pumice poles with vertically placed bats, an unusual name comes for this place.

According to the legend, provided by the outstanding Russian researcher of Kamchatka Stepan Petrovich Krasheninnikov (1711 – 1755), Itelmen believed that in those places once lived the god-maker of the world named Kutkh. On his baht boat he went fishing on the Kuril Lake, and before leaving Kamchatka forever, he leave  them upright at one place and soon they becomes petrified. 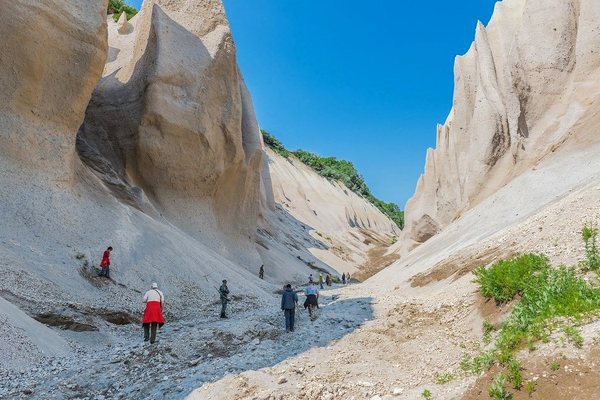 The legend of stone boats was handed down by Itelmen from generation to generation. Local residents treated the Kuthin baths with a mixture of reverence and superstitious fear and were afraid to approach them closely.

The real story of the origin of stone “boats” was discovered by geologists. According to the data of radiocarbon analysis about 9,5 – 8 thousand years ago, not far from the Kuthiny bahty, there was a powerful volcanic explosion that formed a caldera measuring 3 by 6 kilometers. From there an acidic lava began to rise at the surface of the earth. Being under great pressure in the depths of the earth’s crust, such lava is often saturated with gases dissolved in it. Exiting at the surface, the pressure drops, and the gases begin to separate. As a result, lava “boils” (a similar process occurs when you open a bottle of carbonated water) and with a rapid curing in such a foamy state forms pumice. Over all, scientists counted  six pumice layers which formed a thickness of up to 110 meters. Water cut through this thickness creating Kuthiny bahty. 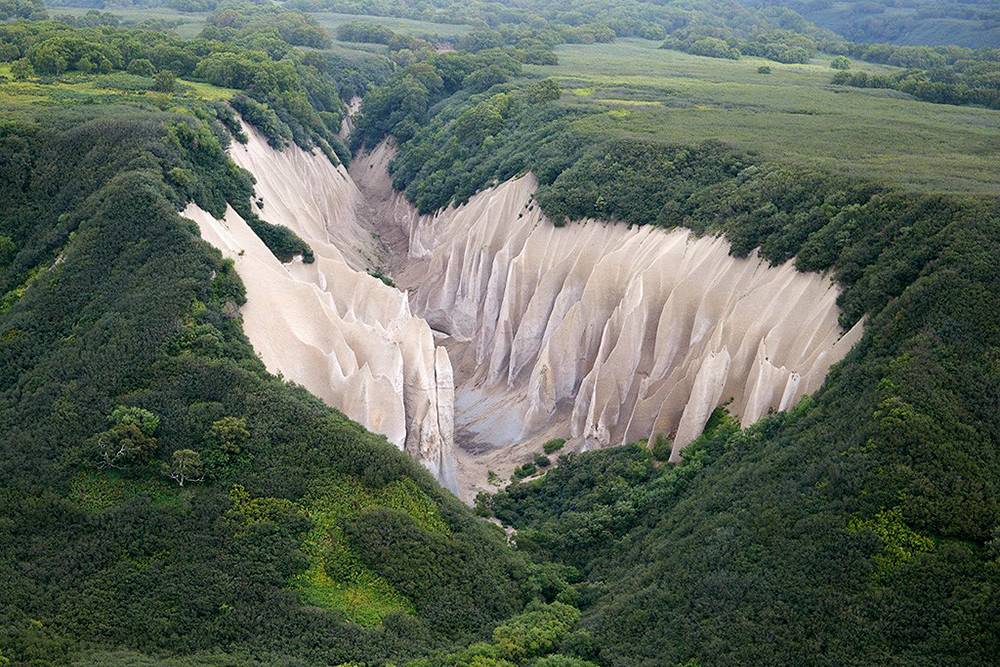 Pumice, or as it was called by the Russian Cossacks, the pioneers of Kamchatka, “baht stone”, is a rather curious mineral. From the scientific point of view, this is a porous volcanic glass, usually formed during explosive  eruptions of acidic, as well as medium lavas. Depending on the chemical composition of its color may be white, beige or yellow, sometimes bluish and gray, and occasionally even brown and black. 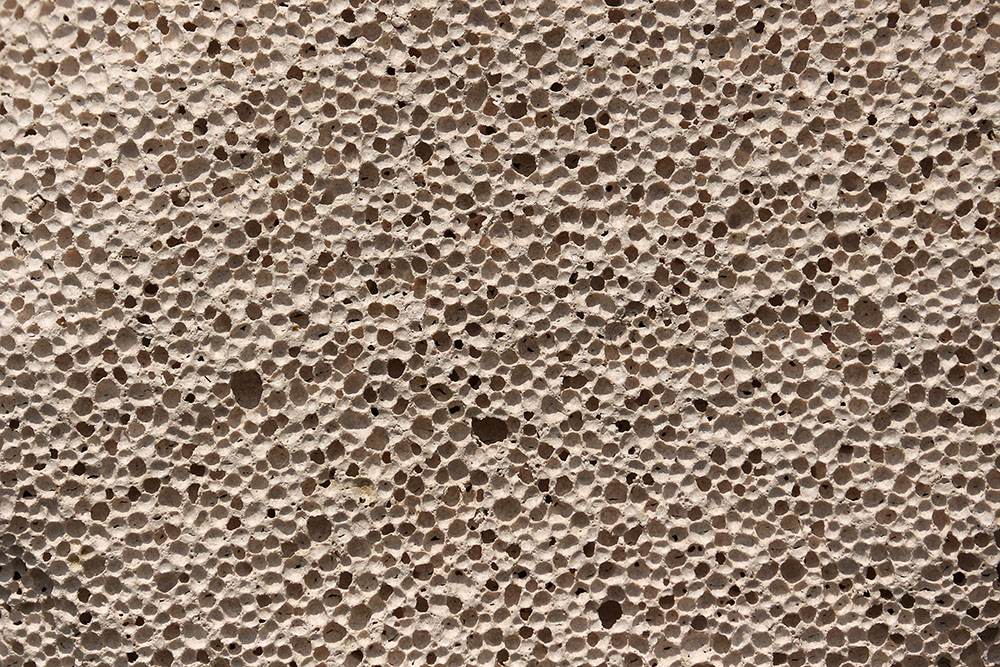 Pumice is very light mineral (average density is less than 0.9 g/cm3) and due to a multiple pores it is able to float in water until it gets wet. Large pieces of pumice can stay on water for years. So, formed in 1883 after the eruption of the volcano Krakatau pumice piece was found  in a thousand kilometers. There are cases when floating masses of pumice overcame distances of more than 20 thousand kilometers.

Exposure of pumice Kuthiny bahty  is a geological monument of nature of a complex type of federal rank. Located in the Ust-Bolsheretsky district of the Kamchatka Territory, four kilometers from the Kuril Lake. You can get there either on foot or by boat. Our travel advice Russia – this is must visit place!

Going on a hike, it should be remembered that Kamchatka is not only the edge of volcanoes, but also the region of bears, while the Kuril Lake and the Ozernaya River are their favorite fishing spots so our Russia travel advice is to make a trip to the Kuthiny bahty as part of a tourist group. 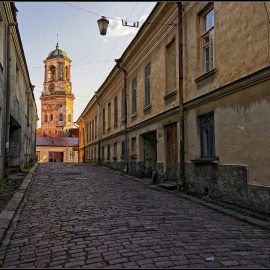 Saint Petersburg is a cultural capital of Russia and has got many beautiful places to visit. Many of them are listed in the guidebooks. But some of them you won’t find there – here we are talking exactly... Read More 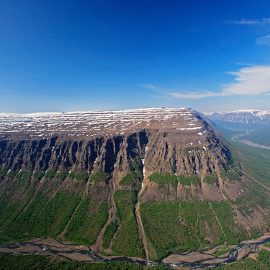 Located in the northwest of the Krasnoyarsk Territory Putorana Plateau can be attributed to one of the most interesting natural sights in Russia. Not without a reason this mountain range was included into the World Heritage list... Read More

If you want to see the beauty of the sky, calling the Northern Lights, it is necessary to go beyond the Arctic Circle. The easiest way to find the northern lights in the Murmansk region.... Read More 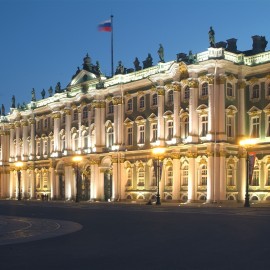 State Hermitage admitted as a best museum of Russia and Europe and entered to the three world leaders museums in a survey of tourists in the portal TripAdvisor. There are several interesting facts about this... Read More 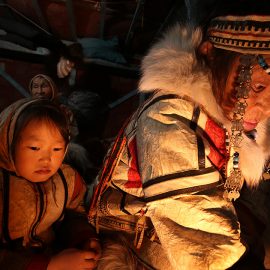 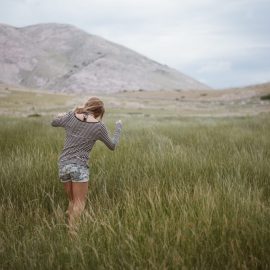 Surprisingly but many people when one speaks about best reasons to visit Russia they generally think about Moscow and Saint-Petersburg. Sure the cities are beautiful, but the “other” Russia starts exactly after those two cites.... Read More