A small village Teriberka in Russia on the shore of the Barents Sea became known to the whole world after the release of Zvyagintsev's Leviathan movie.   Leviathan movie show a sad symbol of all Russian troubles.

It was then that the Big Earth Fund, the LavkaLavka farm cooperative and the government of the Murmansk region decided to organize a festival here.  The goal is to attract general attention to Teriberka and to show how much it has potential for development. After the festivals tourists went to Teriberka, followed by investors. New hotels and restaurants have opened, a diving school has appeared. In the future it is planned to lay an asphalt road inside the village. 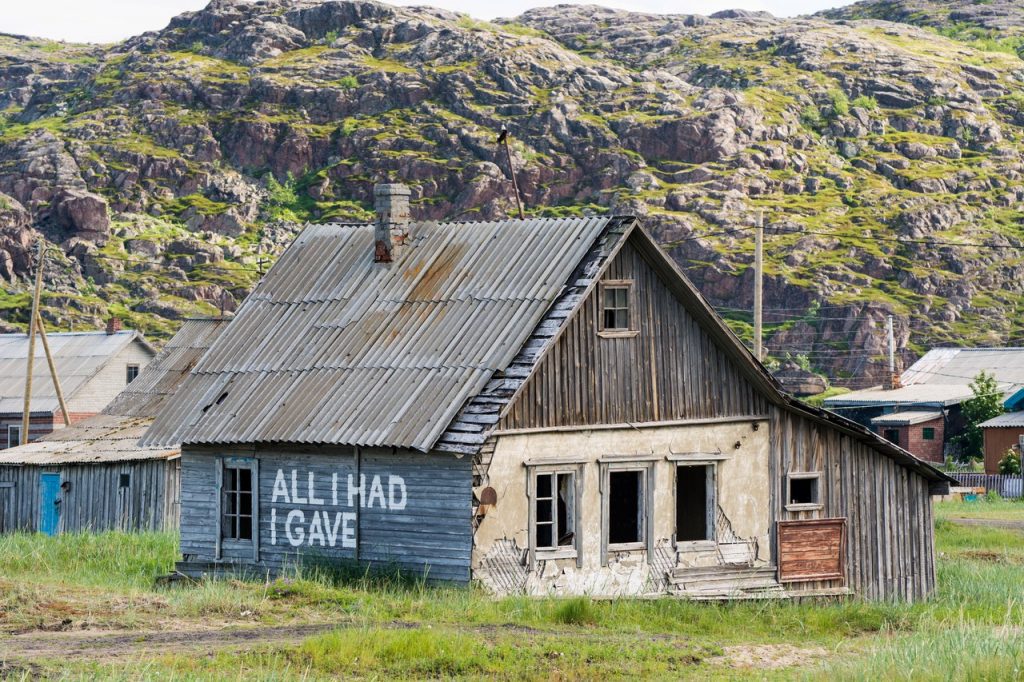 Boris Akimov, the organizer of the festival "Teriberka. New Life!":  A new life is needed. And the impulses that we managed to awaken thanks to the festival, they are partially realized. A lot still needs to be done. And it is clear that with every festival life becomes more new, interesting and much, which remains to be done. 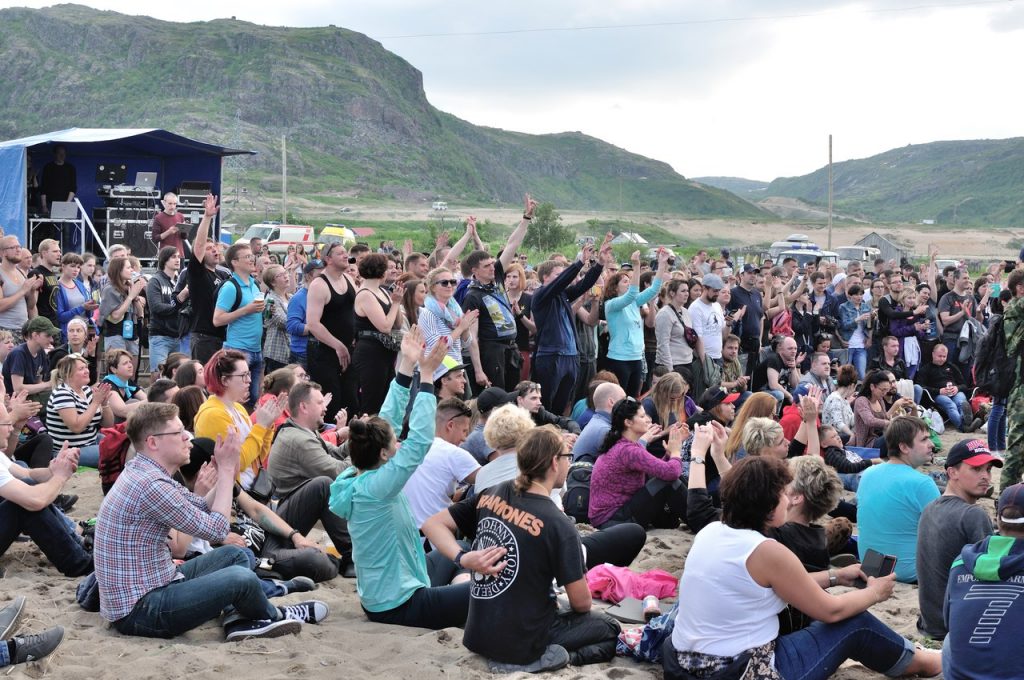 The third New Life festival in Teriberka in Russia came to an end. For two days, the participants, together with the urbanists, discussed the revival patterns of the village, got acquainted with local traditions, joined the northern cuisine, studied flora and fauna, and participated in the first Arctic rave.

Iwanttovisitrussia.com provides an unique opportunity to visit this amazing place. You can visit Teriberka during our Nothern lights tour

Two days in an amazing and beautiful place is not only a way to have a wonderful time. Tourism, sports, gastronomy, local products, music, contemporary art, children's holidays, collection and recycling of garbage, a forum for the work of small businesses and large investors, the architectural and urban appearance of the New Teriberka. 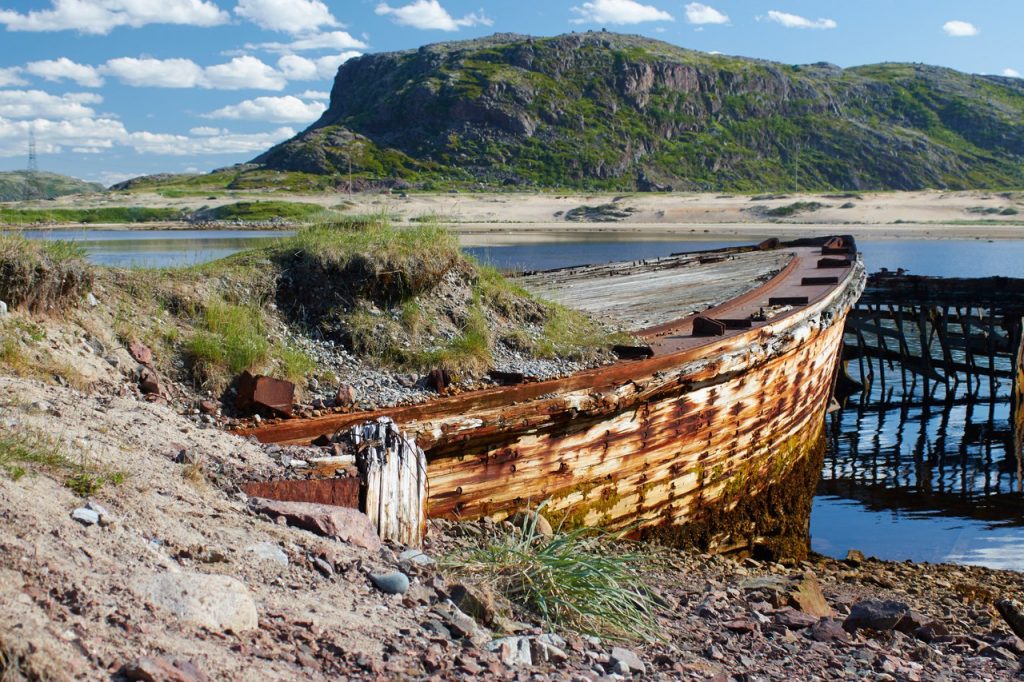 The gastronomic program of the festival in Teriberka in Russia is to show a variety of local seafood and tundra gifts and to re-discover the culture of their use. Fish, shellfish, seaweed, sea urchin, seafood and venison, wild berries and mushrooms are a whole layer of culture that has long been in oblivion. We will try to restore justice! Only the best chefs will gather, guests of the festival have the opportunity to feel like a gourmet. 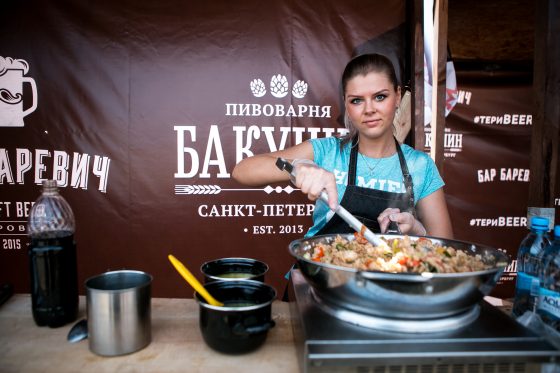 In honor of the Festival "Teriberka. New Life!" five ships – «Leon», «Nord», «Danube», «Rubin», «Free Wind» and «Luck» - united and drove guests and participants of the festival. The participants had a unique opportunity to go on a trip together with famous ornithologists and oceanographers. Whales, killer whales, seals - were companions in this sea walk. Divers sank from the ships and took out sea treasures and talked about them. Participants fished fish, which immediately roasted on the deck. 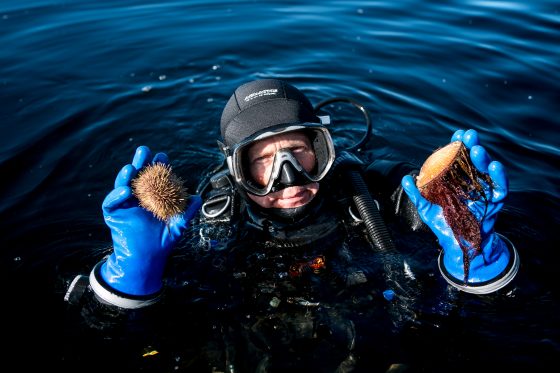 The Leviathan movie is not a real story, it claims a broad generalization of the parable in which the director Zvyagintsev expressed his opinion about modern life in our country: the arbitrariness of officials, wrong courts, hypocritical bishops, greedy boss-managers, mindlessly drinking and wandering, but innocently Suffering people. This opinion, of course, exists, and some people see it as it is. Zvyagintsev spoke in this vein, creating a number of memorable artistic images, thanks to the skill of the director, operator and actors making a strong impression on the viewer. 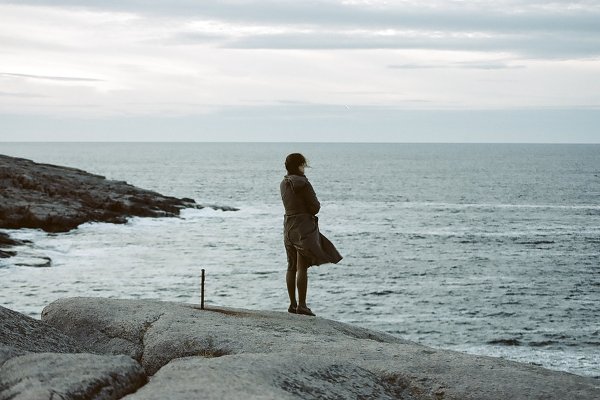 The plot of the film is based on how a cruel and criminal mayor (besides a friend of a hypocritical bishop) by hooks and crooks takes away from an ordinary person his only hut on the shores of the cold northern sea, and then imprisons him on a fabricated charge. However, later, either ashamed or reconsidered, he gives up a piece of land that he inherited to the construction of a new large cathedral, where the bishop at the very end of the film gives a moralizing sermon in the presence of a large number of people who are silent.

Teriberka in Russia is the Far North, so it will be interesting at any time of the year, because it is mysterious and unusual in nature. This is the edge that, in any weather, makes a person dive into the atmosphere of the north, listening to the surrounding world and their own sensations. The North gives a sense of freedom and incredible power, which is so often lacking in modern urban life.

Hardly this village can cause depression, rather it is a stereotype, imposed by the Leviathan movie and the image of a prosperous city life. People living there will not express their dislike of the terrain. On the contrary, on the web you can find different interviews, in which the residents emphasize their strong attachment to their native land. 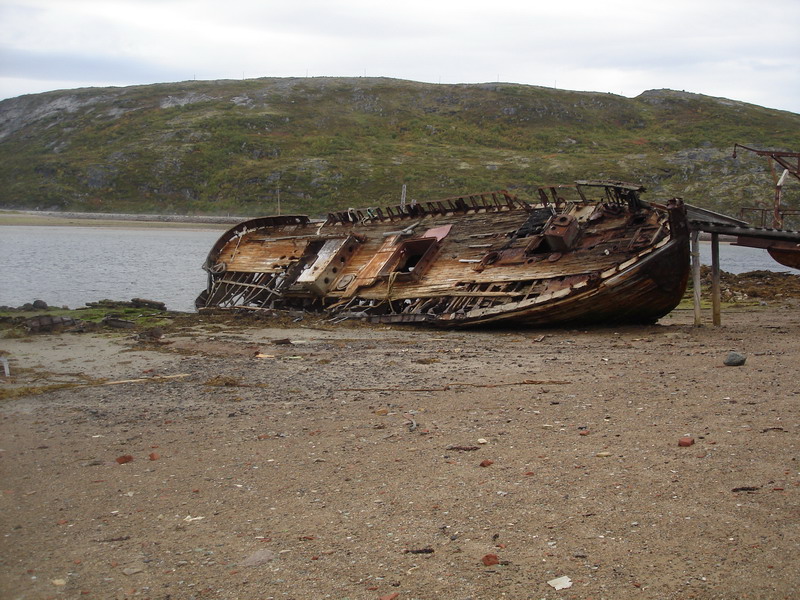 It should be noted that speaking of Teriberka in Russia, it is necessary to keep two villages in our minds: Lodeynoye and actually Teriberka. On the map, they are often referred to as New and Old Teriberka, respectively. The original version is correct, and that's exactly how the locals want to call their settlements. In fact, the village really does sit down really occupy different territories, have their own houses, shops. At the same time, they coexist so densely making the sensation of one village.

This nuance often confuses travelers who buy a ticket at the railway station or choose a route by car, since everyone has only the name "Teriberka" on their minds. Although in essence all go to the exit to the ocean, and hence to Lodeynoye.

What is remarkable about Teriberka in Russia?

Admire the aurora borealis (Nothern Lights).  Most tourists came to the edge of the mainland only for the sake of the northern lights. Here at night you can meet quite a few people with cameras and tripods. Northern lights are not a permanent phenomenon, so people used various applications on smartphones to hunt for them. Applications showed the time and intensity of outbreaks in the sun, as well as the likelihood of seeing radiance in our region. According to some sources, the northern lights are more common in February. 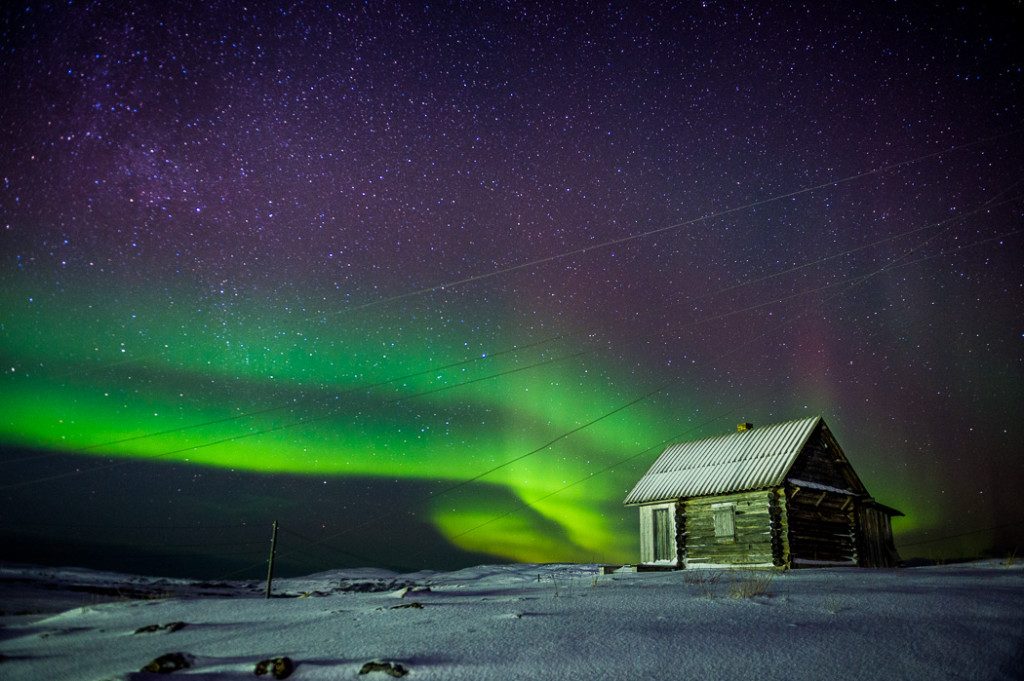 See the polar day / polar night. For many people, this can really be an unusual occurrence! However, it is not necessary to believe that in this region in the winter the utter darkness. During the polar night in Teriberka, the sun does not show above the horizon, but daylight itself illuminates the sky for several hours. In the summer, however, the sun does not go beyond the horizon, however, there are evening dusk. 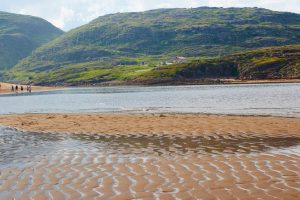 Do kitesurfing, snowkiting or diving, which are very popular in these parts of the winter. Some divers even manage to catch a king crab. 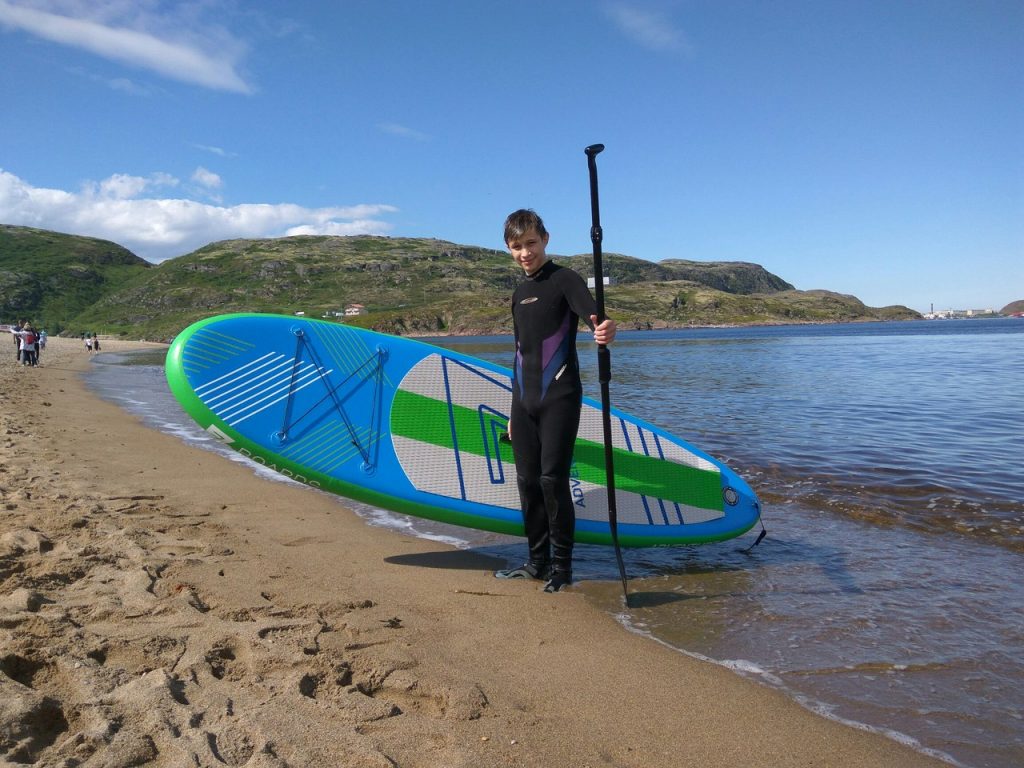 Go on a hike. Hiking for many days is organized mainly during the warm season, and in winter you can go on a snowmobile trip. Those who are well at all do not want to go anywhere, can go to sea for rest or fishing, visit the bathhouse or just sit on the sandy beach. 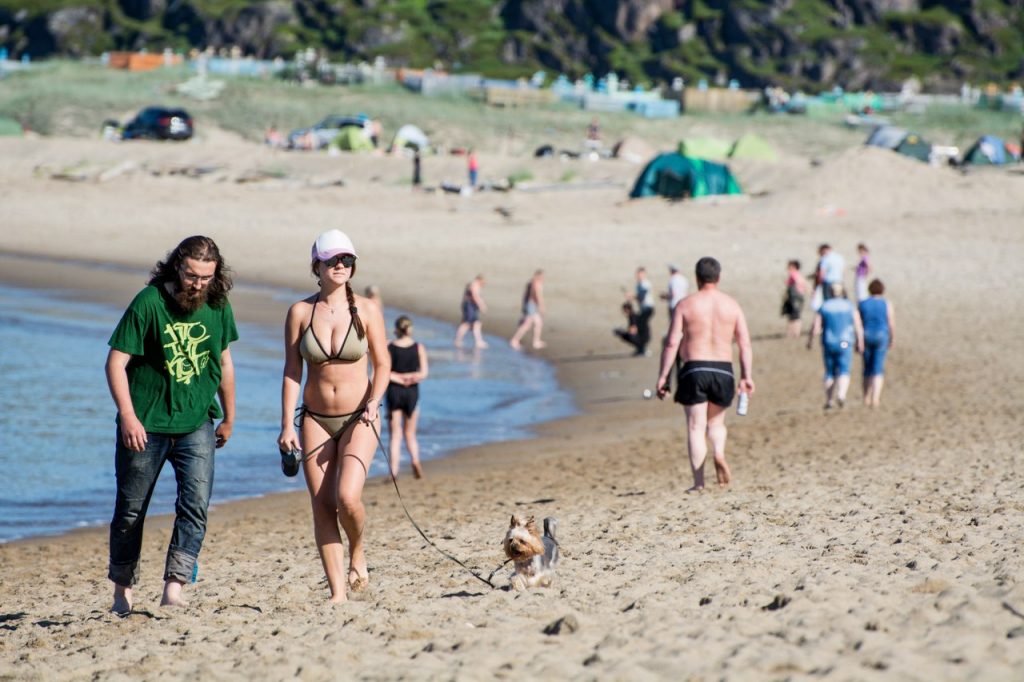 Go for mushrooms or berries. In the autumn, one of the attractions can be gathering berries and mushrooms, which in the tundra is simply an incredible variety. Moreover, mushrooms are always only good - the north feeds! By the way, have you ever tried cloudberries? That's where you'll find it!

Iwanttovisitrussia.com provides an unique opportunity to visit this amazing place. You can visit Teriberka during our Nothern lights tour