So what is the best hotel in Russia?

Many travellers often ask our company like "Can you adwice a hotel or what is the best hotel in Russia"? Russia is big, there are many cities, many hotels and so on. Generally we answer like "it depends on the city and what do you expect from your journey and your hotel". However a Travelers’ Choice 2017 award from TripAdvisor could easily provide an answer on that question. 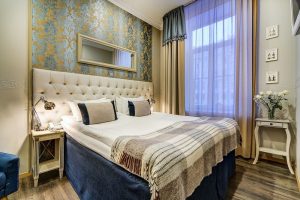 The best hotel in Russia, that received the Travelers' Choice 2017 award from the tourist service TripAdvisor, was Citrus hotel located in Adler (Sochi city). It was reported on the TripAdvisor website. In addition, Citrus took 11th place in the list of the best accommodation facilities in whole Europe. Citrus hotel is really good place with perfect service and lovely design.

The second and third place

The second place of the Russian list of 25 hotels is ocupied by the "Pushka INN Hotel" in St. Petersburg. The hotel located in the city center and has a perfect view. The third place was taken by the Mercure hotel in Moscow on Baumanskaya street. The fourth position went to the official hotel of the State Hermitage Museum in St. Petersburg. In the fifth place - the Rixos hotel on Krasnaya Polyana in Sochi.

Travelers' Choice lists are based on reviews left by travelers on TripAdvisor. When determining the winners, the number and quality of these comments are taken into account, as well as the various ratings of hotels.